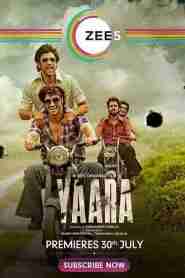 IMDb: N/A 2020 130 min 94 views
Story of 'Chaukdi Gang' and the two men who helped build this gang played by Vidyut Jammwal and Amit Sadh. This gang of four which includes Vijay Varma, is nabbed by the police and serve their time in jail. However, both men who once ruled the drug smuggling, gun-running and looting struggle in their own different ways to escape their ...
ActionCrimeDramaPopular 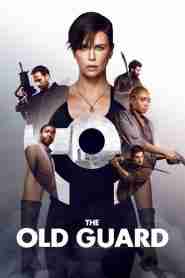 IMDb: N/A 2020 118 min 253 views
Led by a warrior named Andy, a covert group of tight-knit mercenaries with a mysterious inability to die have fought to protect the mortal world for centuries. But when the team is recruited to take on an emergency mission and their extraordinary abilities are suddenly exposed, it's up to Andy and Nile, the newest soldier to join their ranks, to ...
ActionFantasyPopular 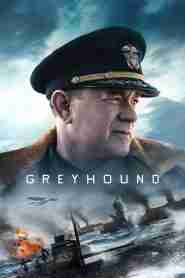 IMDb: N/A 2020 91 min 234 views
A first-time captain leads a convoy of allied ships carrying thousands of soldiers across the treacherous waters of the “Black Pit” to the front lines of WW2. With no air cover protection for 5 days, the captain and his convoy must battle the surrounding enemy Nazi U-boats in order to give the allies a chance to win the war.
ActionDramaPopularWar 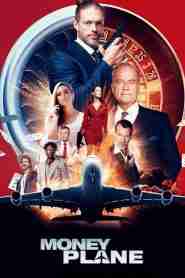 IMDb: N/A 2020 82 min 209 views
A professional thief with $40 million in debt and his family's life on the line must commit one final heist - rob a futuristic airborne casino filled with the world's most dangerous criminals.
ActionPopular 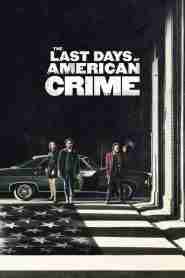 The Last Days of American Crime

The Last Days of American Crime

IMDb: 6.1 2020 148 min 385 views
In the not-too-distant future, where as a final response to crime and terrorism, the U.S. government plans to broadcast a signal that will make it impossible for anyone to knowingly break the law.
ActionCrimePopularThriller 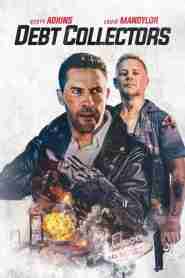 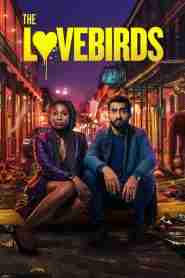 IMDb: N/A 2020 86 min 512 views
A couple experiences a defining moment in their relationship when they are unintentionally embroiled in a murder mystery. As their journey to clear their names takes them from one extreme – and hilarious - circumstance to the next, they must figure out how they, and their relationship, can survive the night.
ActionComedyPopularRomance 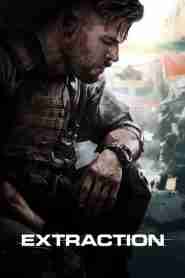 2020 116 min 1689 views
Tyler Rake, a fearless black market mercenary, embarks on the most deadly extraction of his career when he's enlisted to rescue the kidnapped son of an imprisoned international crime lord.
ActionPopularThriller 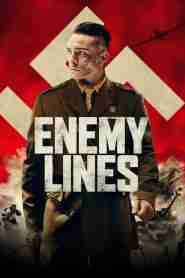 IMDb: 4.2 2020 372 views
In the frozen, war torn landscape of occupied Poland during World War II, a crack team of allied commandos are sent on a deadly mission behind enemy lines to extract a rocket scientist from the hands of the Nazis.
ActionPopularWar 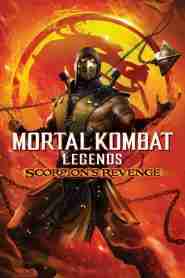 IMDb: 7.5 2020 80 min 403 views
After the vicious slaughter of his family by stone-cold mercenary Sub-Zero, Hanzo Hasashi is exiled to the torturous Netherrealm. There, in exchange for his servitude to the sinister Quan Chi, he’s given a chance to avenge his family – and is resurrected as Scorpion, a lost soul bent on revenge. Back on Earthrealm, Lord Raiden gathers a team of elite ...
ActionAdventureAnimationFantasy 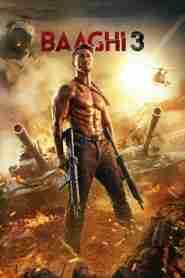 IMDb: N/A 2020 143 min 2092 views
A man embarks on a bloody rampage to save his kidnapped brother.
ActionPopular 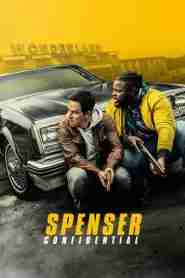 IMDb: N/A 2020 110 min 1220 views
Spenser, a former Boston patrolman who just got out from prison, teams up with Hawk, an aspiring fighter, to unravel the truth behind the death of two police officers.
ActionComedyThriller 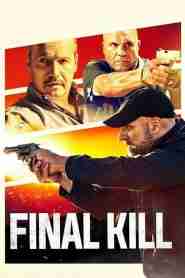 2020 80 min 557 views
Billy Zane, Randy Couture and Ed Morrone star in this action-packed thriller about a mercenary hired to protect a couple hiding out in Central America from a ruthless crime family. In his final assignment as a protector, it quickly turns deadly as a group of mafia henchman descend on the tranquil Costa Rican village. Soon the agent learns that the ...
ActionPopular 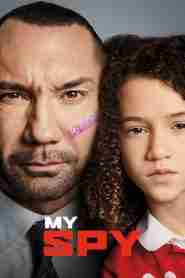 IMDb: 5.5 2020 102 min 727 views
A hardened CIA operative finds himself at the mercy of a precocious 9-year-old girl, having been sent undercover to surveil her family.
ActionComedyFamily 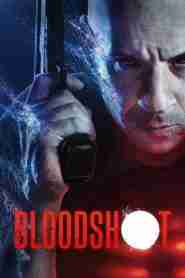 IMDb: 7.5 2020 110 min 2254 views
After he and his wife are murdered, marine Ray Garrison is resurrected by a team of scientists. Enhanced with nanotechnology, he becomes a superhuman, biotech killing machine - Bloodshot. As Ray first trains with fellow super-soldiers, he cannot recall anything from his former life. But when his memories flood back and he remembers the man that killed both him and ...
ActionDramaFantasyPopularScience Fiction 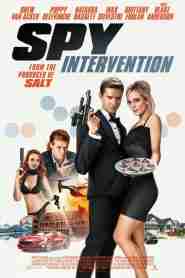 2020 93 min 1363 views
When the world's greatest spy meets the woman of his dreams, he abandons his adventurous existence and settles into the security of suburbia.
ActionAdventureComedy 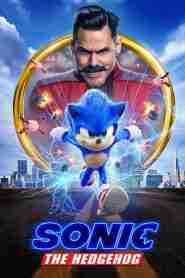 IMDb: 6.7 2020 99 min 871 views
Based on the global blockbuster videogame franchise from Sega, Sonic the Hedgehog tells the story of the world’s speediest hedgehog as he embraces his new home on Earth. In this live-action adventure comedy, Sonic and his new best friend team up to defend the planet from the evil genius Dr. Robotnik and his plans for world domination.
ActionComedyFamilyScience Fiction 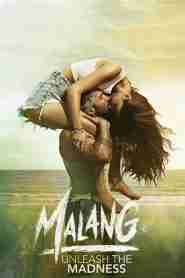 IMDb: N/A 2020 135 min 2249 views
Advait visits Goa where he meets Sara, a free-spirited girl who lives life unshackled. Opposites attract and all goes well until life turns upside down. Years later, Advait is on a killing spree with cops Aghase and Michael in his way.
ActionDramaRomance 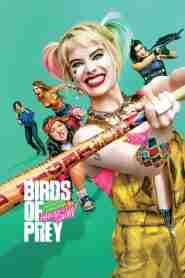 IMDb: N/A 2020 109 min 1649 views
After splitting with the Joker, Harley Quinn joins superheroes Black Canary, Huntress and Renee Montoya to save a young girl from an evil crime lord.
ActionComedyCrimePopular 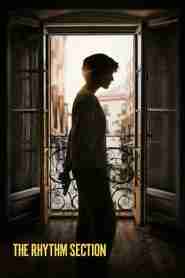 IMDb: 5.3 2020 109 min 623 views
After the death of her family in an airplane crash on a flight that she was meant to be on, Stephanie Patrick discovers the crash was not an accident. She then seeks to uncover the truth by adapting the identity of an assassin to track down those responsible.
ActionPopularThriller 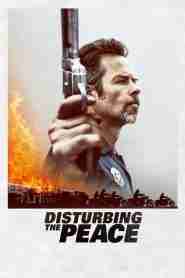 2020 90 min 996 views
A small-town marshal who hasn't carried a gun since he left the Texas Rangers after a tragic shooting must pick up his gun again to do battle with a gang of outlaw bikers that has invaded the town to pull off a brazen and violent heist.
ActionCrime 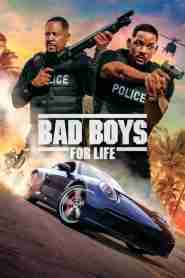 IMDb: 7.2 2020 124 min 1852 views
Marcus and Mike are forced to confront new threats, career changes, and midlife crises as they join the newly created elite team AMMO of the Miami police department to take down the ruthless Armando Armas, the vicious leader of a Miami drug cartel.
ActionCrimePopularThriller 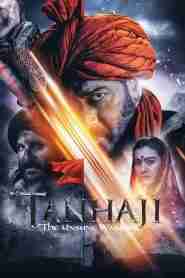 IMDb: 8.4 2020 135 min 1383 views
When Aurangzeb recruits his trusted soldier Udaybhan to control the Kondhana fort, Shivaji's military leader Tanhaji Malusare and his army of Maratha warriors set out to recapture the fortress.
ActionDramaHistory 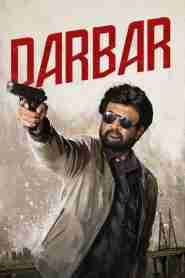 IMDb: N/A 2020 159 min 1886 views
A police officer on a chase to hunt down a dreaded gangster for fulfilling his own secret agenda.
ActionDramaPopular 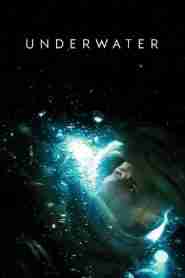 IMDb: 6.1 2020 95 min 891 views
After an earthquake destroys their underwater station, six researchers must navigate two miles along the dangerous, unknown depths of the ocean floor to make it to safety in a race against time.
ActionHorrorPopularScience FictionThriller 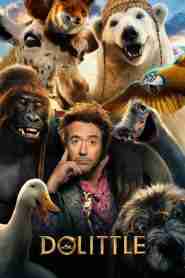 IMDb: 5.6 2020 101 min 1635 views
After losing his wife seven years earlier, the eccentric Dr. John Dolittle, famed doctor and veterinarian of Queen Victoria’s England, hermits himself away behind the high walls of Dolittle Manor with only his menagerie of exotic animals for company. But when the young queen falls gravely ill, a reluctant Dolittle is forced to set sail on an epic adventure to ...
ActionAdventureComedyFamilyFantasy 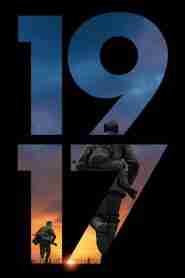 IMDb: 8.5 2019 119 min 1201 views
At the height of the First World War, two young British soldiers must cross enemy territory and deliver a message that will stop a deadly attack on hundreds of soldiers.
ActionDramaWar 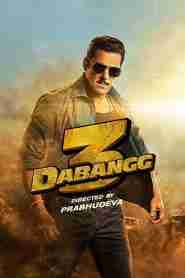 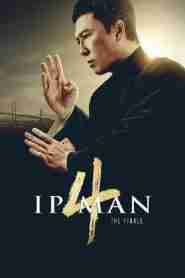 2019 105 min 1901 views
Ip Man 4 is an upcoming Hong Kong biographical martial arts film directed by Wilson Yip and produced by Raymond Wong. It is the fourth in the Ip Man film series based on the life of the Wing Chun grandmaster of the same name and features Donnie Yen reprising the role. The film began production in April 2018 and ended ...
ActionDramaHistory 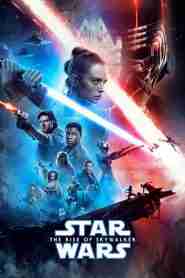 Star Wars: The Rise of Skywalker

Star Wars: The Rise of Skywalker

IMDb: N/A 2019 142 min 1581 views
The surviving Resistance faces the First Order once again as the journey of Rey, Finn and Poe Dameron continues. With the power and knowledge of generations behind them, the final battle begins.
ActionAdventureScience Fiction
Page 1 of 17123